The classic provides for safety 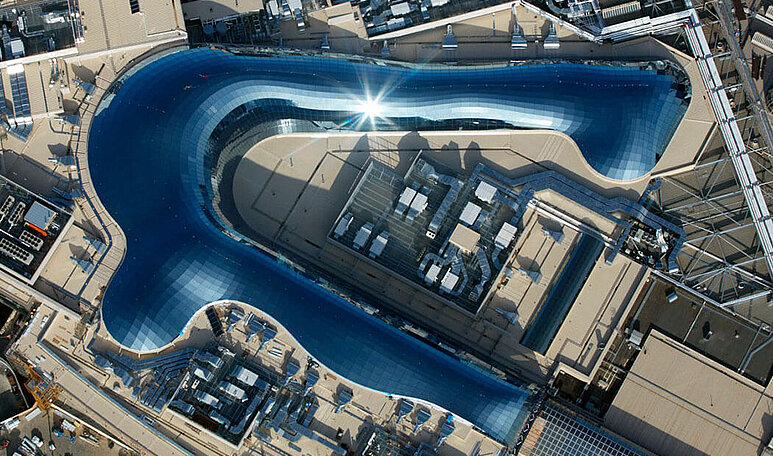 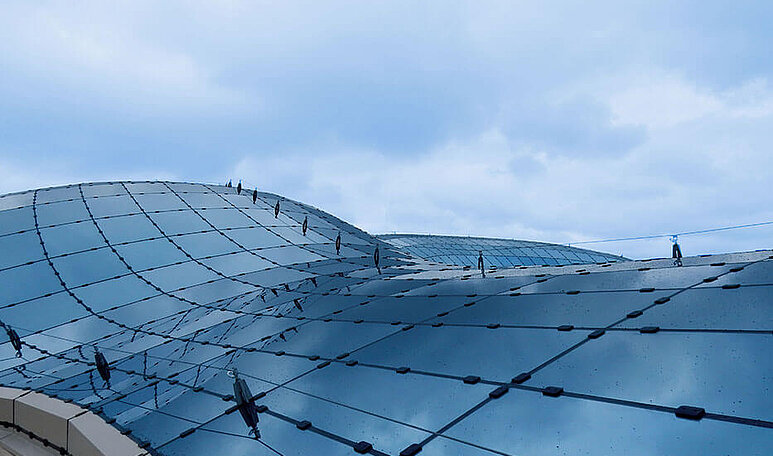 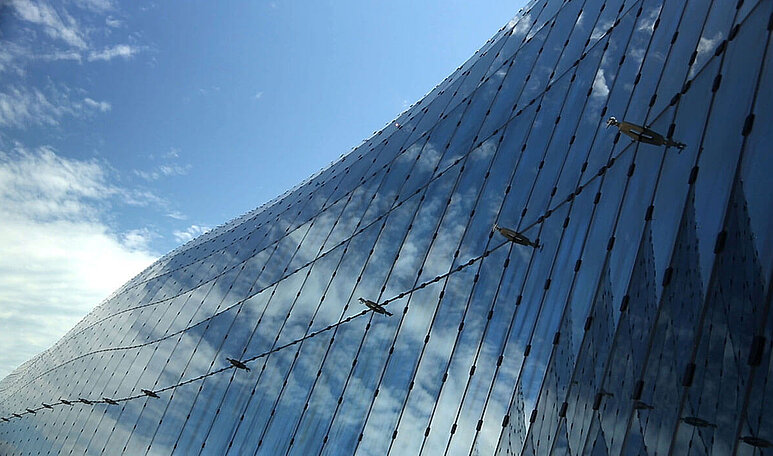 Chadstone, a shopping centre of an entirely new dimension, was constructed near Melbourne in 2016. The shopping centre was planned and completed with a steel glass roof that spans an astounding width of 44 meters and floods the entire building with light.

The gargantuan glass facade was engineered by Seele with headquarters in Schörfling (Upper Austria). Seele specialises in sophisticated solutions for steel glass or all glass structures in the field of facade design sector.

They design, plan and realise one-of-a-kind building shells and magnificent building structures. We had the privilege of joining Seele in securing the shopping centre near Melbourne in Australia against falls from a height.

Details about the project

Expanding over a total area of 7,080 sqm, the Chadstone shopping centre is a singular marvel of architecture. The steel glass structure is distinguished by its open design and the dome-shaped glass facade.

A breathtaking 500 tonnes of steel was incorporated into the structure after being transported to Australia as sea freight in 65 containers.

One necessity became immediately apparent at the onset of the project: the stunning glass facade requires a fall protection system that allows for the safe execution of maintenance, cleaning and servicing.

This is why the engineers devised a cleaning and safety concept prior to the planning stage and before embarking on the completion of the project.

More than just one challenge

It goes without saying that a project of this scale poses not one but a whole host of challenges. Besides the challenges associated with the design and construction of the architectural master pieces, the people in charge also had to overcome quite a few obstacles with regard to fall protection.

The first stumbling blocks had to be surmounted during transport as the steel freight and the fall protection system needed to be hauled to Australia by ship.

This endeavour called for tremendous organisational talent and excellent timing. It was furthermore necessary to take a few factors into account during installation. Work with ultimate precision was paramount as the specially pre-assembled steel girders needed to be joined seamlessly.

Only after that task had been completed was the glass facade inserted. The installation of the facade required that each of the 2672 single elements be accurately numbered as each element could only be placed in its designated spot.

One last adverse effect were the climatic conditions on site. The intense radiation of the sun pounding on the glass facade caused the glass to expand. The biggest challenge from a technical standpoint consisted in the fact that the support points had to absorb the deformation while holding up the weight of the glass facade including the safety system.

But, what do the temperature variations and the strong winds mean for the fall protection system? The situation required a safety solution that can hold up to the weather conditions and is ready for use at all times.

Another key property the fall protection system has to possess is the ability to provide for the trouble-free maintenance, cleaning and servicing of the facade while integrating seamlessly into the facade. After all, the number one aspect to consider with regard to facades is striking the right balance between safety and aesthetics.

The solution - the classic of all safety systems

It quickly became apparent that our AIO lifeline system offered the perfect remedy. A total of 827 metres of rope and 207 intermediate rope holders were installed. Known for its sturdiness and weather resistance, the system took care of the weather factor (temperature variation and wind).

Its universally usable components made it possible to integrate the safety system seamlessly into the facade.

The AIO lifeline system makes it possible to secure the work staff while they are carrying out various maintenance and cleaning operations. Seele also attached primary importance to the quality of the fall protection system. Their long-standing collaboration with the company and a solid basis of trust led Seele to choose INNOTECH.

Since the project was operating under a tight schedule, the safety system had to be installed as fast as possible. “You will not be able to pull this off without a project partner whom you can trust 100%”, explains Hansjörg Eder, the project manager in charge at Seele.

Thanks to this system the maintenance work on the striking glass facade installed by Seele near Melbourne will go off without a hitch.

The benefits of the fall protection system at a glance

A different kind of fall protection system for PV installations

Challenge accepted. This special solution proves it - where there’s a will there’s a way.