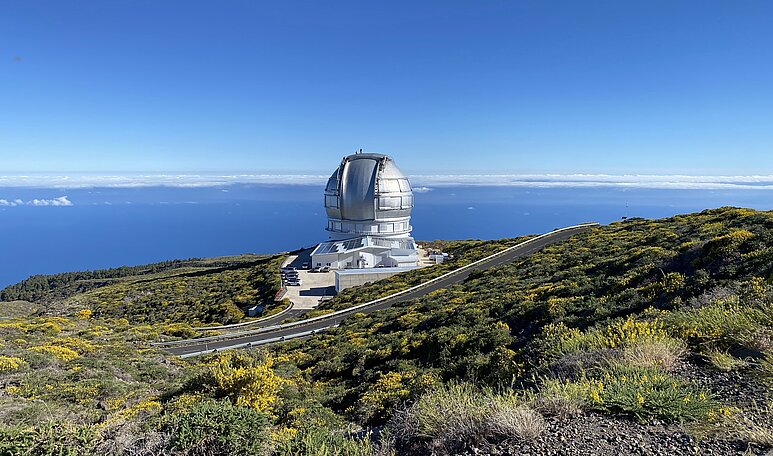 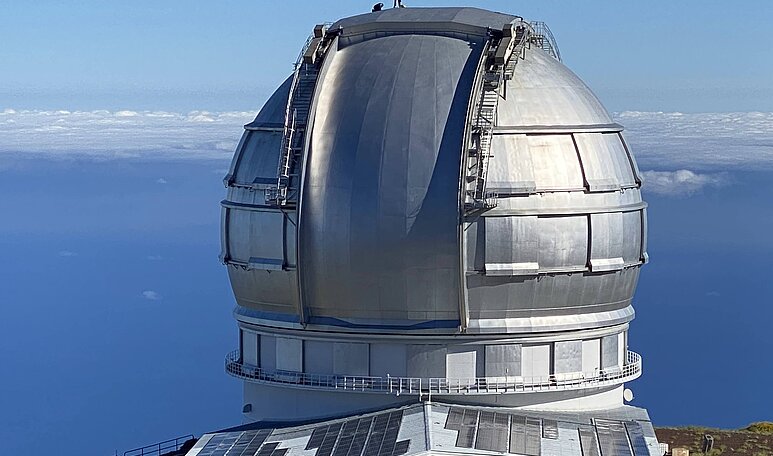 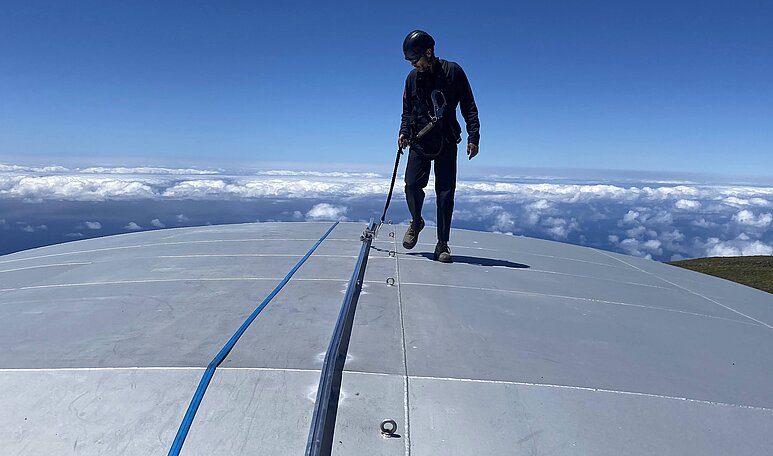 Now perched on the top of Mount Roque de los Muchachos on the island of La Palma, the observatory was initially built in the mid-1990s and intended as a means to study the vastness of space and its celestial bodies.

The observatory along with its imposing 10.4 m telescope Gran Telescopio Canarias (GTC) finally entered into service in March 2009 and started completing its first scientific observations. The telescope is used multiple times a week.

The effort to service and clean the enormous round dome protecting the telescope as well as the opening mechanism requires that workers climb onto the roof of the building several times each week.

Until recently, these workers were protected against falls by a lifeline system, which, however, offered only limited suitability for the special requirements posed by this highly visible domed roof.

Its limitations led those responsible for the observatory to install the TAURUS ALLROUND system as a fall protection system. The reasons why the decision-makers opted for this safety solution are discussed in this blog post.

The spherical shape of the building structure and domed roof of the Gran Telescopio Canarias necessitated a fall protection system that satisfies exceedingly specific requirements.

One such requirement was to adjust the safety solution to the run of the roof / building with millimetre accuracy. Among other things, this adjustment required the custom-fit bending of the TAURUS ALLROUND’s aluminium rails on site.

This process, however, had to be preceded by the removal of the “old” safety solution. The steps involved already required that the workers were secured perfectly while performing their work.

“The work on the dome poses a challenge of an extraordinary magnitude. There is a great risk of slipping and falling all along the domed structure of the building.

The challenge was made even trickier by the fact that the old safety solution had to be removed and that the new fall protection system had to be installed for that purpose“, recalls Julián Matilla.

The rail system with the matching slider and the PPE have proven to form the ideal fall protection system in numerous cases that posed similarly unique challenges.

Also important in the case of the Gran Telescopio Canarias was the perfect safeguarding of the outdoor area / the exit from the observatory and of the vertical ascent.

These areas are a particularly strong suit of the TAURUS ALLROUND, as the system provides for a perfectly safe changeover from vertical to horizontal areas, keeping the corresponding worker consistently protected both during their ascent and while working on the domed roof.

The tool used on La Palm to adjust the aluminium rails to the dome was the TAURUS-BEND-10 bending device. This bending device makes it possible to perfectly bend the rails in all directions.

This ability was essential for the Gran Telescopio Canarias as it allowed for each of the two 65 m rails to be bent into the required shape along the guardrail used for the outdoor area. The dome itself required the installation of rails with a total length of 17 m.

As a result, the TAURUS system protects the workers against falls from a height as soon as they exit the dome as the aluminium rails have been fastened along the length of the guardrail.

The subsequent vertical ascent is also secured along its entire length until the user reaches the domed roof, where the user continues to be protected from falling on the horizontal level. 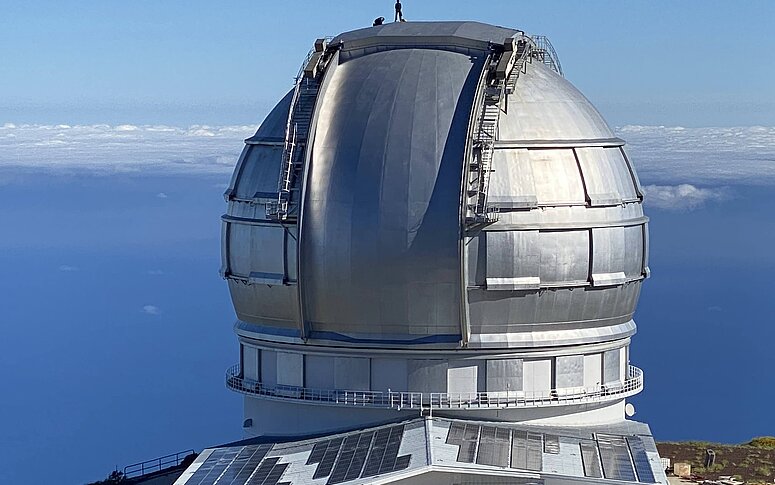 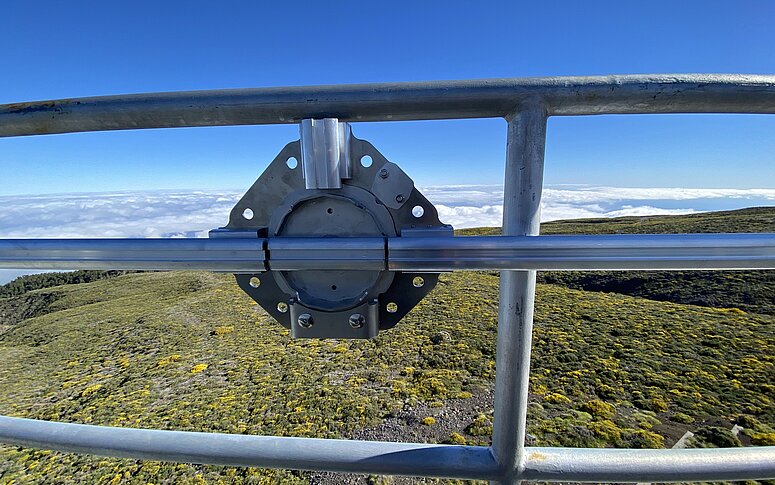 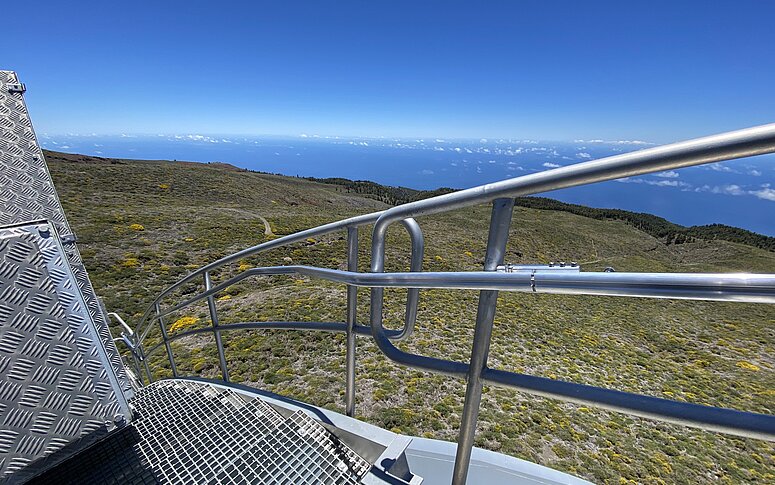 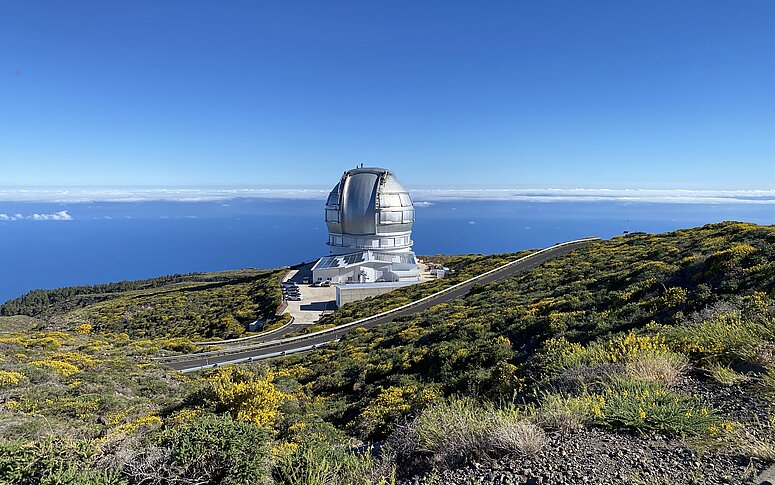 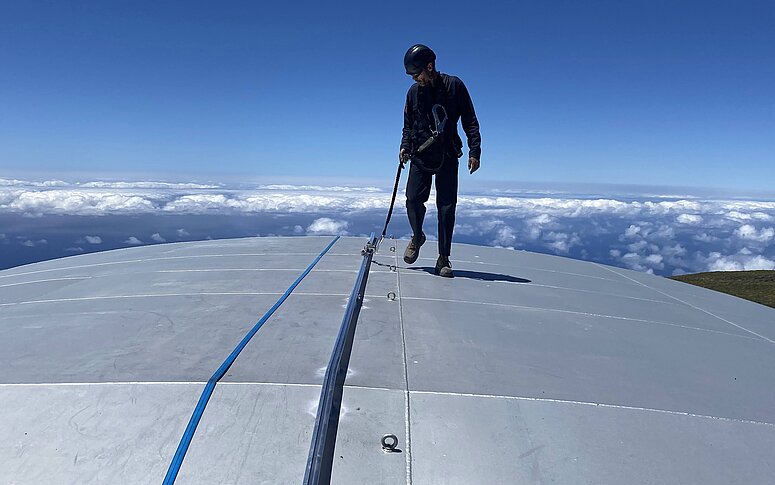 ADEKUA has now been serving INNOTECH as a dependable sales partner on the Spanish market for more than 20 years. In 2006, Spanish fitter SERPROM joined the ranks of those who put their trust in INNOTECH'S professional and certified fall protection systems.

“Our faith in the products made by INNOTECH is absolute, and we implicitly trust their sales partner ADEKUA as well”, declare the executives in charge at SERPROM, who were unable to source adequate solutions for the Gran Telescopio Canarias project from other competitors in the market for fall protection systems.

SERPROM furthermore attached great importance to the fact that all solutions for the various challenges posed by this project came from the same source.

No building is like the other. This is nowhere more evident than in the Gran Telescopio Canarias, an observatory on the island of La Palma.

The round and complex structure of the building’s domed roof requires regular maintenance and cleaning – types of work that, naturally, require a professional fall protection system.

Those in charge of the observatory settled on the TAURUS ALLROUND system as it can be adjusted perfectly to the uniquely special shape of the roof and continuously protects the transition from the vertical to the horizontal areas as well.

The classic provides for safety