Field report from someone who knows 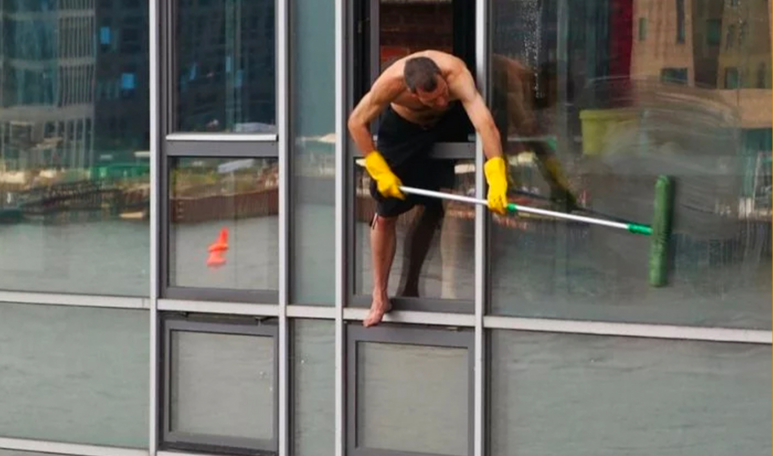 Frequency and consequences of falls

Even though the lockdowns and short-time working caused by the COVID-19 pandemic have reduced industrial accidents in some places by more than 10 % over the last two years, the figures are still alarming.

Worldwide, around 340 million industrial accidents occur in a single year – in 2020 around 760,000 of them were reportable, i.e. they caused the employees affected to be incapable of work for more than three days, or even resulted in death.

In Germany rather more than 13,000 serious industrial accidents resulting in payment of benefit were reported; around 400 of these ended fatally.

In 2020 in Austria, around 76,000 people had accidents at work – 13,500 alone of these were caused by falls (excluding accidents on the way to work), primarily caused by uncoordinated movements which in numerous cases result in slipping off the rungs of ladders or similar.

In addition, the greatest frequency of accidents and/or falls occurred in the 35 to 54 age group.

From real life – an accident report from Pirmin Heer

No statistics in the world can tell you what such an industrial accident means for those affected and their families. This is not just a matter of impersonal numbers presented as eye-catchingly as possible.

Within fractions of a second, the world is changed for ever for the victims of these accidents. Often they can no longer remember at all how the accident happened, but they suffer the consequences every day – often for a very long time.

Roger Neuenschwander, field sales for central Switzerland at INNOTECH Arbeitsschutz AG, therefore spoke with Pirmin Heer, manager of the caretaking team of Eschenbach school in Switzerland. He knows exactly what falling from a window means.

For this is precisely what happened to Pirmin Heer a number of years ago. “I only know about the course of events from what I’ve been told. I don’t remember anything myself. I don’t even know why I was at the window or what I was doing there.

But the fact is: I fell from a height of 3.5 metres,” explains the manager of the caretaking team of the Swiss school, who suffered severe injuries from falling onto the loose gravel surface – in addition to a fractured skull, he had a gaping cut on his head, as well as broken ribs, a broken wrist, and a completely shattered knee.

“All the same, I must say: a whole host of guardian angels must have been looking after me! Only half a metre away there was a much larger rock. If I’d hit my head against that … who knows how the fall would have turned out?” Pirmin Heer considers thoughtfully. It took one full year before he was fully rehabilitated.

Industrial accidents and their costs

Admittedly, after this story from life, it isn’t easy to talk about the costs of accidents. Nevertheless, in the event of a fall, these are significant for all those involved. In this regard, social security and accident insurance policies generally look after the victim.

However, the companies themselves – who hopefully have not acted negligently, and also are well insured – must in addition replace an employee at least temporarily, and that with immediate effect.

On top of that, such industrial accidents are also accompanied by a damaged reputation – with employees as well as clients and customers. And this too can create financial damage which is not insignificant.

Last but not least, society as a whole, i.e. we the taxpayers, must dig deep every year to pay for the consequential damages which result from falls. For example, the German Social Accident Insurance association (DGUV) pays out around 11 billion euros every year in compensation payments.

In Austria, the total costs caused by falls in 2018 amounted to more than 600 million euros, which corresponds to average costs of around 27,700 euros per accident. In total, we are talking here about approximately 470,000 sick days (see table)!

For all these reasons, it is absolutely essential to make the world of work and every single workplace as safe as possible. And this applies above all to facility managers, whose employees are often exposed to great risks.

Since his fall, Pirmin Heer has increasingly given thought to the safety of his employees, and he now takes his responsibility in this regard even more seriously.

“We have 4-storey buildings. Once I was completely convinced by the INNOTECH window fall protection system, I decided in favour of this system. And from the practical viewpoint, I can only say: the MFS delivers what it promises. You immediately feel more at ease,” reports Pirmin Heer, who also likes the straightforward handling.

“It’s simple to transport, and can be set up in less than ten seconds. My whole team likes using the window railings and now also feels really safe. I receive only positive feedback from my people. And apart from that, everything now complies with the Swiss National Accident Insurance Fund (SUVA) rules and regulations.”

Fall prevention for windows – “How you protect lives”

Continuously making the world of work a good deal safer in terms of cleaning facades and windows – exactly that is one of the claims and the mission of INNOTECH, the family company founded in 2001. Its philosophy is: Occupational safety is not a matter of quantity, but rather of quality.

The company’s experts have therefore been putting their heads together regularly for 20 years, in order to permanently further develop their own window fall protection systems, and also to appropriately sensitise industry representatives to industrial and occupational safety. Because: That’s “how you protect lives.”

The INNOTECH modular fall protection system for windows, discussed above, is one of the results of many years of research and development. Even compared with its immediate INNOTECH predecessor models. the MFS is a further quantum leap in terms of safety and practicality.

In order to fulfil its demanding quality standards, the INNOTECH group also operates its own production company which not only manufactures systems for the company itself, but also components for other companies.

Here too, the following motto applies in terms of quality assurance: Stagnation is a retrograde step. That is why here too all processes are permanently further developed, and the employees are trained. Also refer to our factsheet about this subject.

Prevention is better than cure. There’s no need to wait for a terrible accident before realising that it is an excellent idea to use window fall protection systems when cleaning windows. MFS from INNOTECH is not merely safe, it also gives the cleaner a feeling of ease. In addition, it can be adapted to different window sizes and is very simple to handle.

If in future you too wish to avoid falls with serious consequences, then the best thing that you can do is to contact us now. We have the right solution for you.

Link to our factsheet! You’ll find all relevant facts there about window fall protection, summarised compactly.

Since 1999 Roger Neuenschwander has worked in technical sales. In the course of his career he focused on protecting working areas subject to significant potential danger. In 2020 he finally transferred to INNOTECH Arbeitsschutz AG, where he now supports the central Switzerland area in field sales, by providing the optimum safety solutions from INNOTECH. In the course of this, he has specialised in the areas of modular window safety and personal protective equipment.

Loyal and motivated employees through a well-founded safety concept

Which special cases can arise in practice when cleaning windows?