The creation of a new slider 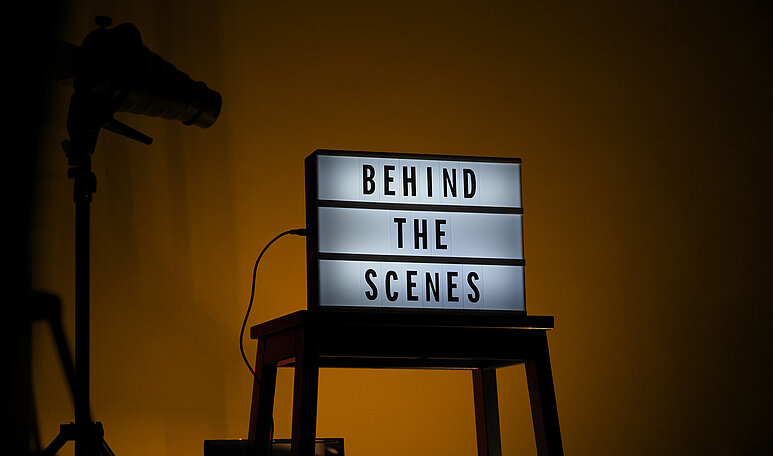 New products come, old products go. But who hasn’t asked themselves about the steps behind the development of a new product. This is why for the first time we are providing a glimpse behind the scenes.

Immerse yourself with us in the incredible development story of the new AIO-GLEIT-22. Not only do we show Behind the Scenes images… NO, we also provide a detailed insight into the entire creation process, the so-called “Making of” the new lifeline system slider.

How it all began

“Standing still is a step backwards” according to one of the best-known quotations of Rudolf von Bennigsen-Foerder. As a family-led company, we also take this maxim to heart.

We therefore continue to develop ourselves and, at the same time, our products. The development of the AIO-GLEIT-22 came about through the collaboration of Technology, Product Management, Marketing, and Purchasing.

In future it will combine all the benefits and functions of the existing lifeline system sliders  AIO-GLEIT-11  and  AIO-GLEIT-12, and will also steadily replace them.

As a link between lifeline system and personal protective equipment, the AIO-GLEIT-22 slider reliably protects the person positioned in the  PASSABLE OVERHEAD LIFELINE SYSTEM from falling.

It makes movement possible on curves as well as straight runs along the lifeline system. It can be attached or detached at any point along the system.

Just like its predecessors, through its optimised roller geometry it enables free-running movement along the safety system.

But what steps were necessary for the introduction of the slider? You will now discover this and more.

Preparations for the “kick-off”

After the functions described above had been defined, it was necessary to take the first steps towards production. Our technical developers, Gerhard Treml and Gerhard Schallmeiner, developed the drawings required for this.

What are our quality requirements for the slider, so that it optimally fulfils safety requirements? Which alloy is to be used for the AIO-GLEIT-22? These and other questions had to be clarified in advance, in order then to find a suitable supplier of castings for the slider.

Because we insist on first class quality, we restricted our search to European suppliers.

The “Community of the Slider”

It was then necessary to select a suitable supplier. For this, the potential candidates were reduced to a shortlist and supplied with the information below, which was relevant to the final selection of the supplier:

Making the choice was anything but simple. Factors such as an ISO certification, price, feasibility, and experience played a dominant role in the decision.

In the end, a company from Upper Austria was chosen who fulfilled the requirements as well as possible, and will also do so in future. 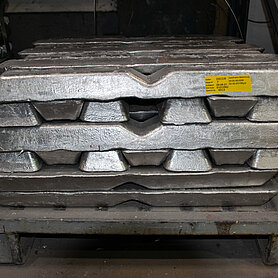 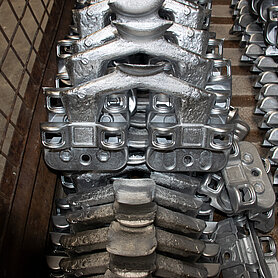 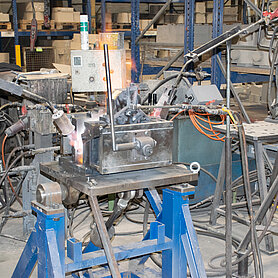 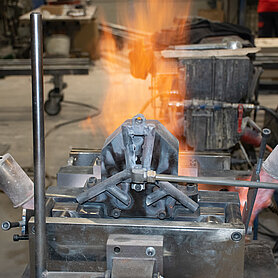 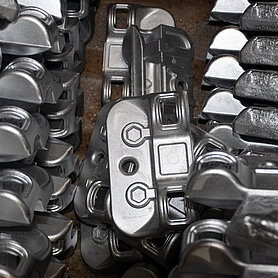 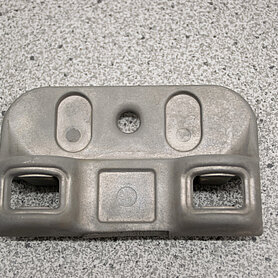 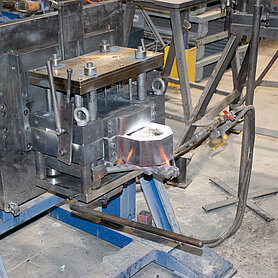 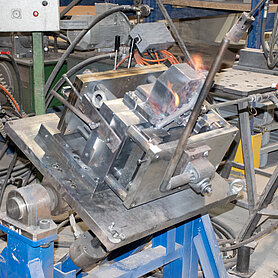 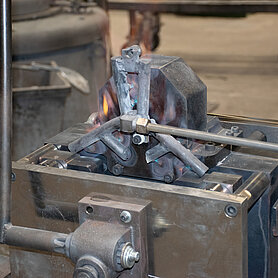 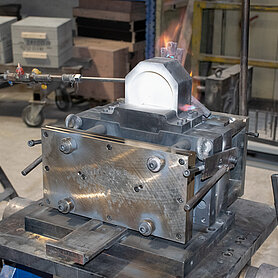 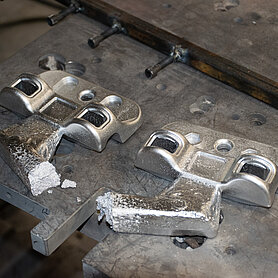 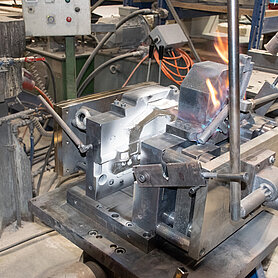 But now it came to the real thing – the manufacture of the slider. Four steps  were necessary for this:

The slider is made of an AlSi7Mg0.3(a) T6 alloy. The appropriate “ingredients” first had to be mixed in proportion. After mixing, the liquid was removed manually from the large casting material container, and filled into the mould provided for the slider.

At this point, the casting mould was in the service position, and was moved into the casting position after the filling process.

The liquid aluminium alloy now had a temperature of 530°C. In the casting position, the mould was positioned upright; this ensured an optimum distribution of the liquid in the casting mould.

Curing of the mixture then took place, and the first casting of the slider was created. The excess residual liquid was fed back to the further melting process.

“The difficulty that had to be overcome during casting was to achieve a consistent result for all the sliders to be manufactured,” reports Pilz Jürgen, INNOTECH’s purchaser responsible for the project, who is familiar with the complete development process.

Regular quality controls were performed throughout the manufacturing process.

Once the casting process was complete, it was necessary to remove the solidified “feeder” section from the casting, and to grind it.

In order to achieve a visually appropriate result, this must without exception be performed at the same position. For this it was necessary to separate the two slider parts from the mould.

Step 3: Heat treatment of the slider

In the next step, the halves of the slider were heat-treated for 8 hours at a consistent temperature in order to achieve complete hardening. This process represents the “T6” in the alloy “AlSi7Mg0.3(a) T6”.

After the 8-hour heat treatment at a consistent temperature, the “quenching” was performed. For this, the two slider halves were placed back in the chamber, where a constant cooling to a temperature of 120°C took place.

Finally, the temperature was reduced to ambient conditions outside the chamber.

The proximity of the supplier allowed us to remain up to date at all times. Batches of 500 items were produced without interruption. Around 70 hand-finished sliders can be produced per day.

The return of the slider

When the individual production steps were complete, the sliders were sent for further processing to a partner of our supplier. After a final inspection, the items were returned to the supplier.

This is where final x-ray inspection and a comparison with our drawing specifications, including a test protocol, took place. Last but not least, the slider halves were made up manually by us in-house, and so the AIO-GLEIT-22​​​​​​​ starts to make its way to you.

If you have questions about our new product or in general about the subject of fall protection, then our  experts  will be pleased to help.

5 tips relating to your PV system on the roof

How to save time and money

Professional fall protection for your PV system on pitched roofs

A selection of possible safety solutions